The Torrontés Route: A Trip through Argentina’s Finest Wine 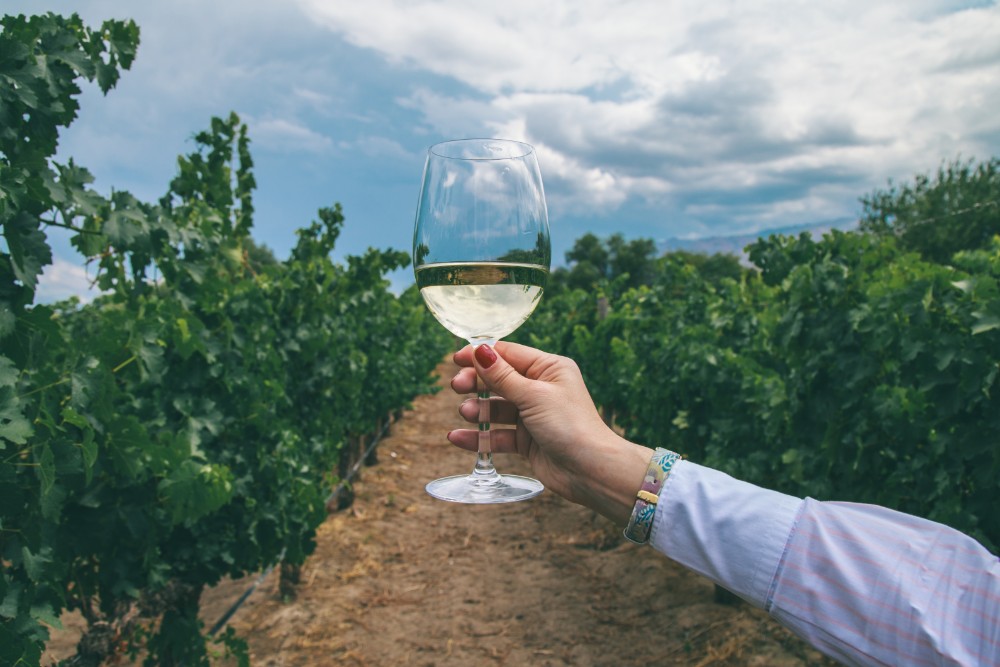 Torrontés has for sure the blue-and-white flag tattooed on it, and in this article we’ll tell you which destinations you should travel to in order to taste the way it must be sipped.

The most homemade white wine, the only one born exclusively in the Argentine territory, awarded with prizes and mentions from around the world and with an unmistakable scent.

Did you know that Torrontés is the only 100% native grape variety in Argentina? Malbec may be the national icon when it comes to wine, but the one with an exclusively Argentine hallmark is the white Torrontés. The cross between two grapes -Moscatel de Alejandría and Criolla Chica- gave rise to this one, which due to its unique character caught the attention of winegrowers who discovered it growing secretly among grapevines. Because of its freshness, its characteristic aromatic intensity with fruity and floral tones, coupled with its right acidity, it quickly filled every glass from each and every wine buff.

In Argentina, this beverage is not taken in strides: it is the fifth largest wine-producing country in the world and the ninth largest consumer. Therefore, the homemade grape that was born on local soil could not be less than excellent. There are three variants: Mendoza, San Juan and Rioja. The latter is in the lead due to its high enological value, which positions it as the second most exported white wine in the country. With many awards and recognitions from around the world under its label, it is chosen as an aperitif before meals or to pair with seafood flavors, such as fish and shellfish.

To pay tribute to it (because it deserves it, right?), from October 4 to 11 the national calendar makes room for it with the Torrontés Week, pointing to the northwest of the country where the provinces that bear its banner are located. Do you want to know what those provinces are? Let's read on then, shall we? 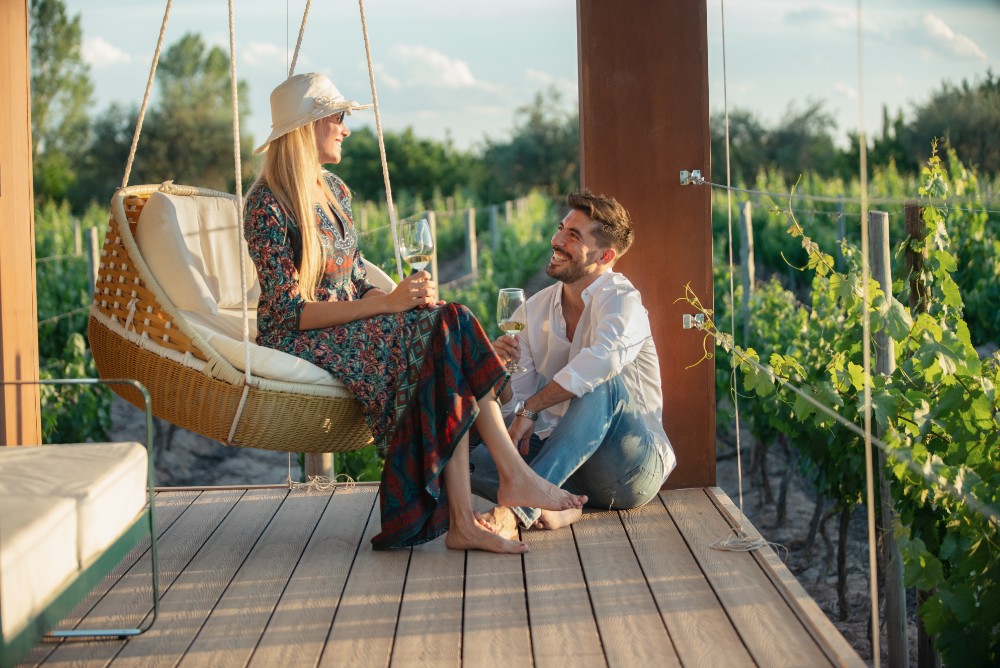 Any note on Argentine wines cannot rule out Mendoza, the province of grapes, the province of the best wineries in the world, the province of vineyards at the foot of mountain ranges with snow-capped peaks. No wonder its soil concentrates the largest surface area of the Rioja variety, an ideal home for the production of this drink in all its formats.

Mendoza, the jewel of the Argentine Wine Route, is a great starting point to approach this variety and take a behind-the-scenes peek at its production. Its 874 wineries - with more than 140 open to tourism - and its standard as one of the Great Wine Capitals on the face of the planet - according to GWC (Great Wine Capitals) - are a perfect invitation for those who like enjoying the art of sipping a good glass of wine. At the same time, it is home to the best winery in the world, chosen for a third year in a row by The World’s Best Vineyard: Zuccardi Valle de Uco.

A fact worth noticing: the Torrontés from Susana Balbo winery (in the Agrelo area) received no less than a gold medal at the Decanter Wine Awards 2020, one of the highest recognitions worldwide in the industry. 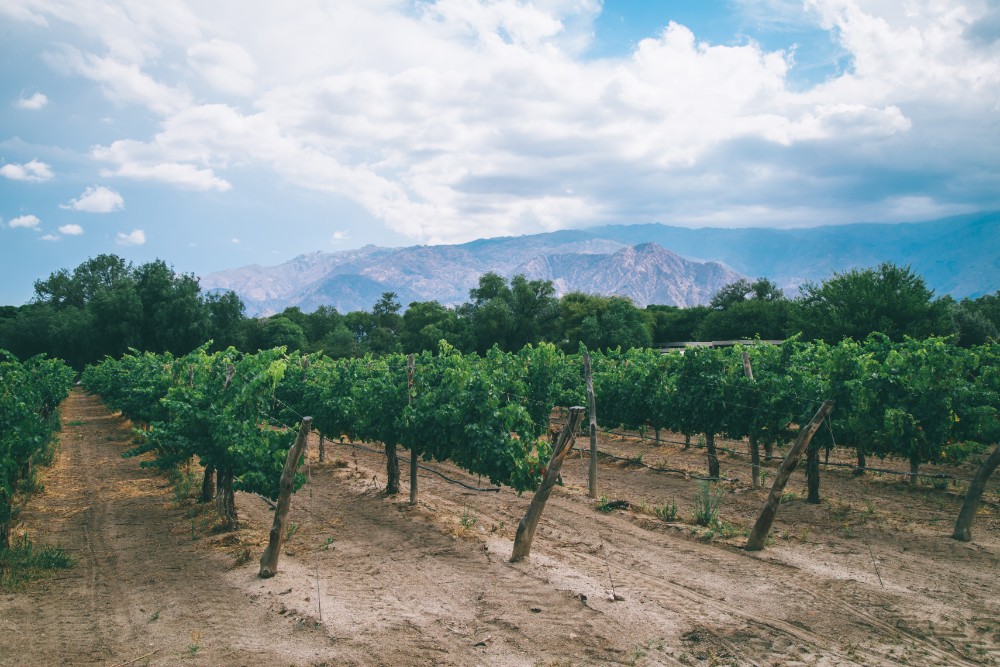 Salta "the beautiful" is not just a pretty face. Its name resonates more and more and today, it is known not only for the beauty of its gaudy landscapes but also for its presence in the realm of wine. In the Cafayate Valley, in the north of the country, the Torrontés grape variety has found a paradise to call home. Thanks to the sunny weather with little rainfall and sitting at 3,000 meters above sea level, vines here grow like fish in the water.

It is no coincidence, then, that it has become the official home to the variety. Torrontés is the token of Salta because it finds its best version there: a strong personality, fruity scent and irresistible taste. The plan includes visiting the wineries and tasting the star drink of the destination. Many of them are also lodgings, so sleeping surrounded by vineyards is part of the list of must-see places.

To round out the reasons why this is a great wine destination, it is worth mentioning the Museum of the Vine and Wine -which spins a good yarn about the history and characteristics of the vineyards in the area- and the Colomé Winery, the oldest in the country with more than 180 years of operation which, in turn, climbed to the 35th place of the best in the world by The World’s Best Vineyard. 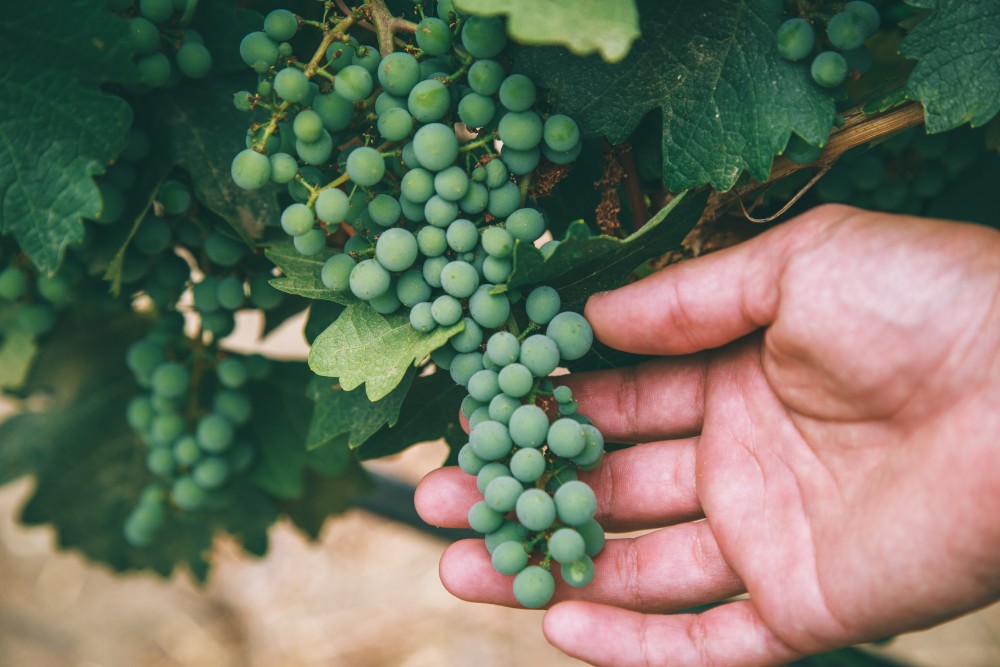 If you have been reading carefully, you will know by now that the Rioja variant is the one that tops the list and takes the cake. So there is no doubt that La Rioja is another destination with a solid foothold on the Torrontés map. Like Salta, it is part of the NOA region and therefore shares features in the climate that favors its development: hot, dry and scarce rainfall.

Its valleys of green, red and yellow tones are good enough to plan a trip to the province. But the reasons are more than enough if we add, to the beauty of the scenery, the delicious aroma of Torrontés. Its 19 wineries -some of them family-owned and others showing a more industrial approach- are part of the Route of the Riojan Torrontés, which crosses the most productive and tourist-oriented regions to cherish even more the relevance of this grape variety. 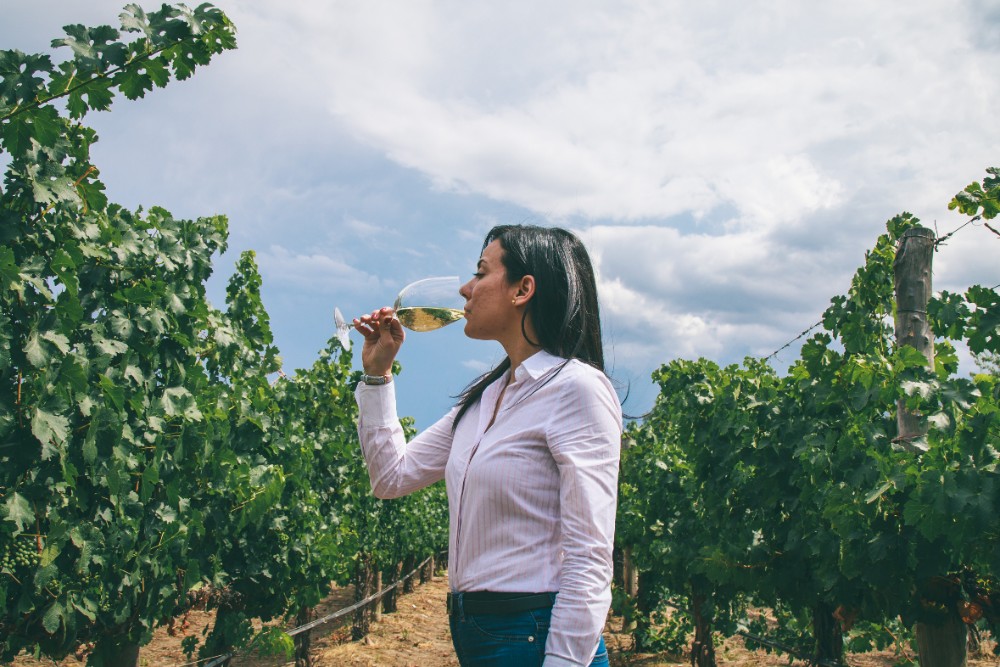 It is the second most important wine-producing province in the country. And in one where wine is so important, you can imagine that this is no small fish. As much as 16% of its total surface -painted by valleys and mountains- is dedicated to the production of the grape elixir, and although Syrah is the one that takes the lead in terms of local icons, when we talk about white wines, Torrontés undoubtedly steps onto the limelight.

Its arid soil and unwavering sunshine produce fertile vineyards where traditional but also modern and boutique wineries have set up shop. And with the latest machinery, they are encouraged to use new techniques in the industry and have achieved wine varieties that have won both national and international awards. The wine route through these areas is divided into five valleys -Calingasta, Pedernal, Tulum, Ullum-Zonda, and Fértil- and with numerous wineries open to the public, it is a one-of-a-kind wine travel tour in the country.