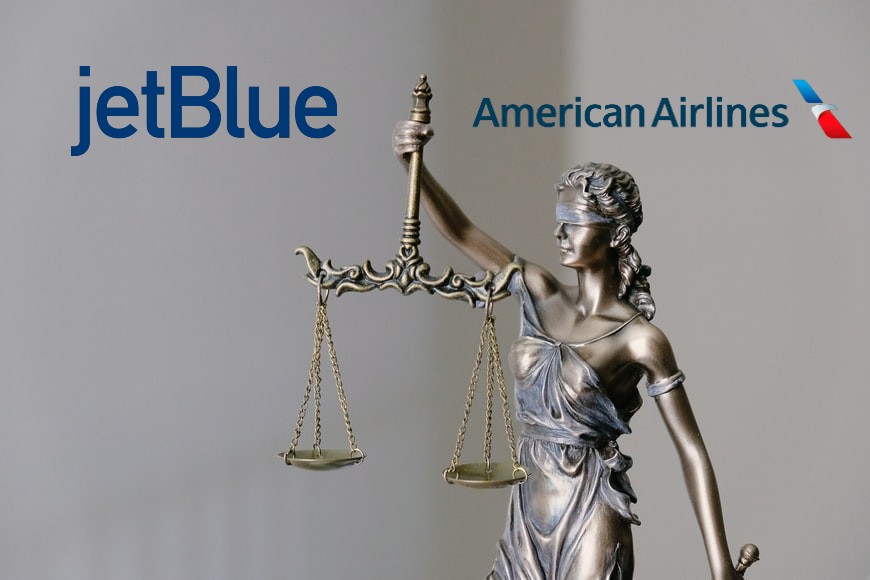 The lawsuit asked a federal court in Boston to stop the "Northeast Alliance" partnership, announced in July 2020 and approved by the U.S. Transportation Department shortly before the end of the Trump administration. It took aim at American Airlines, the largest airline in the world, saying the alliance would cost consumers hundreds of millions of dollars.

Shares of both airlines closed lower and both vowed to fight the suit, which struck a serious blow to a deal that could help both companies profit at a time when the pandemic has sunk sales and the outlook for air travel remains murky.

The suit also signals the Biden administration's interest in trying to inject more competition where American and three other airlines control 80% of the domestic air market.

The agreement allows American and JetBlue to sell each other's flights in their New York-area and Boston networks and link frequent flyer programs in a move aimed at giving them more muscle to compete with United Airlines (UAL.O) and Delta Air Lines (DAL.N) in the Northeast.

States joining the lawsuit include Arizona, California, the District of Columbia, Florida, Massachusetts, Pennsylvania and Virginia, the court records show.

The Justice Department complaint said the partnership at least partially removed JetBlue as a disruptive maverick that would work to drive down prices.