The Caribbean and Europe

The Caribbean can´t be any luckier. The latest figures speak volumes of steady increases in tourist arrivals. As many as 42 million sunbathers visited the balmy region in 2005, up 3.5 percent from the previous year, that according to the CTO´s annual report. These numbers, however, should not make us forget the dire hurricane season that swept the Caribbean, nor the disasters that hit other parts of the world as well.

Two nations have gone the rest of the pack one better as far as tourism growth is concerned: Cuba, that posted a 7 percent hike, and the Dominican Republic with a whopping 13 percent increment. And make no mistakes about it; Europe´s outbound market was the force that drove these spikes. Their presence in international fairs and tradeshows, like Spain´s FITUR, their leaning to traditional markets like Germany, and a fresh investment policy have definitely made their leisure sectors skyrocket.

The coming to power of a new administration in the Dominican Republic, coupled with the implementation of new policies and strategies aimed at ramping up tourism, have paid off. The country has embarked on a building spree that includes vast infrastructure, fancy hotels and other facilities. As we speak, the Dominican Republic is the nation of the Western Hemisphere with the largest amount of golf courses (20). On the other hand, the Caribbean island has made significant headway in the application of such concepts as full spa, deluxe all-inclusive hotels, high-end customers and exclusive customized service. Deep-pocket trekkers are counting on the DR to spend their lavish vacations, and the country is determined not to let that increasing slice of the market slip through its fingers.

The same happens in Cuba. The largest Caribbean island has set out to piece together a top-notch offer with the addition of scores of deluxe and exclusive lodgings that lure more and more well-to-do tourists with each passing year. For these trippers of high purchasing power finding a spot to rest and relax in Cuba is now a piece of cake. Better yet, the island nation has turned out to be all peaches and cream.

The smart money is definitely on Europe and all sights are locked on Spain. A case in point is FITUR, a travel marketplace that last year had a far bigger presence of Spanish-speaking Caribbean destinations. CTO´s Secretary-General put his chips on this year´s fair and so he did, making good on his promise. But he lacked resources and time to launch a full-fledged marketing onslaught. Nevertheless, the region´s nations got a warm welcome and their presence in the 2007´s edition promises to be much bigger. This year, nineteen Caribbean countries set up stands and booths at FITUR, and CTO had one of its own. Way to go, folks!

But CTO´s vision is still somewhat blurry as to Spanish-speaking countries and other non-English-speaking nations. Therefore, this organization is skating on thin ice and a major threat is looming in the horizon. Some of those countries that have been for years making complaints and have even scrapped the CTO altogether, with no intention whatsoever to rejoin, are cooking up a NEW ASSOCIATION that could truly stand up for their interests. Their position in the markets and their new look will certainly help them up. And if the CTO just kicks back, if its representation office in Europe doesn´t take another stance and map out a new strategy, the ONLY ONE CARIBBEAN concept will crumble down. And it´s going to do no good to anybody. Or maybe it´s going to be the way out for those that are still put on a back burner within the organization.

And the CTO also seems unbothered about Spanish, a language of increasing importance in the world, perhaps the second most-spoken tongue on the face of the earth. Don´t slam the door to communication and stop communicating only in English. Come to think of it, Spanish is the language with the largest amount of speakers in the Caribbean, in nations that all belong to the CTO. Pause for a moment and give this idea a few thoughts.

There are many countries in the Caribbean and many interests as well. A considerable number of companies throughout the world are taking the R + D formula –Research plus Development- and all countries in the world want their firms and enterprises to adopt that formula, too. Governments now do it in the different industrial sectors. The idea of settling for what you´ve got, the inability to seek new markets, a failure to invest in the future to make projects pay off are serious problems for countries whose economies hinge virtually on tourism and nothing else.

Europe is an old, complex continent teeming with small nations where different tongues are spoken and in which traditions vary greatly. Communication might seem hard, but one thing is for sure: that vast territory is a great outbound market full of untapped potentials for many countries in the Caribbean. Drawing a bead exclusively on the U.S. market –as the largest chunk of Caribbean nations do- is a mistake that has brought negative ripple effects in the past. However, the lesson hasn´t been learned yet and the road is still littered. For many of these nations in the region, Great Britain appears to be the only country in Europe. That´s just one market and sticking only to it is also unwise. But, what can we do about it? That´s your position and we respect it, though we´re of course far from sharing that same view.

Both the CTO and CHA can suggest those markets to their respective members, even provide some advise about their many opportunities, but they cannot force anybody´s hand in this business. Since he took over as the CTO´s Secretary-General, Vincent Vanderpool-Wallace has fought with might and main to reverse things and get the necessary change of course. But he´s definitely facing an uphill battle because this is a hard, longstanding habit to break.

The struggle to put all interests in the ONLY ONE CARIBBEAN basket is no walk in the Caribbean sun. In the meantime, Spanish-speaking countries are seriously considering the possibility of making a move of their own in the short run and come up with an organization parallel to CTO, an organization that can really go to bat for them. The stakes are high for the CTO because it might eventually lose some pretty strong allies at the end of the day if it doesn´t get the job done on time. 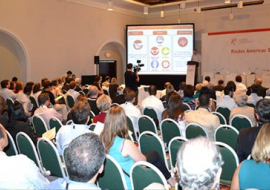 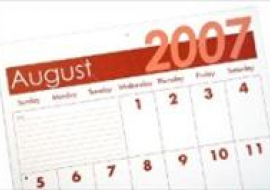 August Wrap-Up Issue
Tourist Excellencies Awards to the Management of Latin American and Caribbean Tourism Offices in Spain and Europe
Spain´s Excelencias Group Sets Up Caribbean HQs in the Dominican Republic
One Caribbean
The Caribbean and Europe
Vincent Vanderpool: A Man of His Word
Aruba Deserves More Respect in the Holloway Case