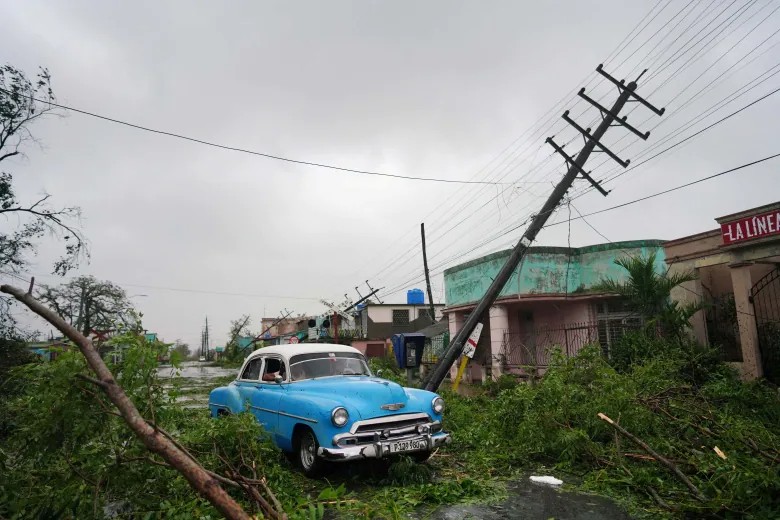 (Reuters) - Cuba had slowly begun to restore power across the eastern end of the island, the state electricity provider said early on Wednesday, after Hurricane Ian caused the country's grid to collapse, turning off the lights for more than 11 million people.

Cuba's grid, largely dependent on oil-fired generation plants, had been faltering for months ahead of the storm. But officials said Hurricane Ian had proven too much, knocking out power even in far eastern Cuba, which was largely unaffected by the storm.

By early morning Wednesday, officials said some power had been restored to the areas with the least storm damage.

"There has been a greater advance in the restoration of the {National Electric System} in the eastern region, since the transmission and distribution network are integrated without being affected by the passage of Ian," the power provider said in a statement on local media.

Further west in Cuba, nearer the capital Havana, the process would be slower and more "complicated," the generator said.

Havana caught the tail end of Ian as it barreled off the island and into the Gulf of Mexico towards Florida, leaving the city of more than 2 million strewn with a tangled mess of downed trees, trash and electrical and telephone wire.

Large waves and gusty winds continued to lash the city early on Wednesday as workers began to clear roadways.

"A significant part of the transmission network was damaged," the generator in a statement, particularly, it noted, in the far western end of the country, hardest hit by Ian.

Cuba's grid is divided into three main regions, west, central and east, which are served by large, centralized oil-fired plants. There are also small groups of diesel-fired generators that are used as backup systems when the larger generators fail.

Those would be key in restoring power further west, in the areas hardest hit by the storm, the generator said, until the entire grid was back online.

"Once generation is achieved in the three regions, they will all be able to be linked to the National Electric System, which will allow the largest amount of built-in load to be restored and all the service that has not been affected by Hurricane Ian will be restored," the generator said.