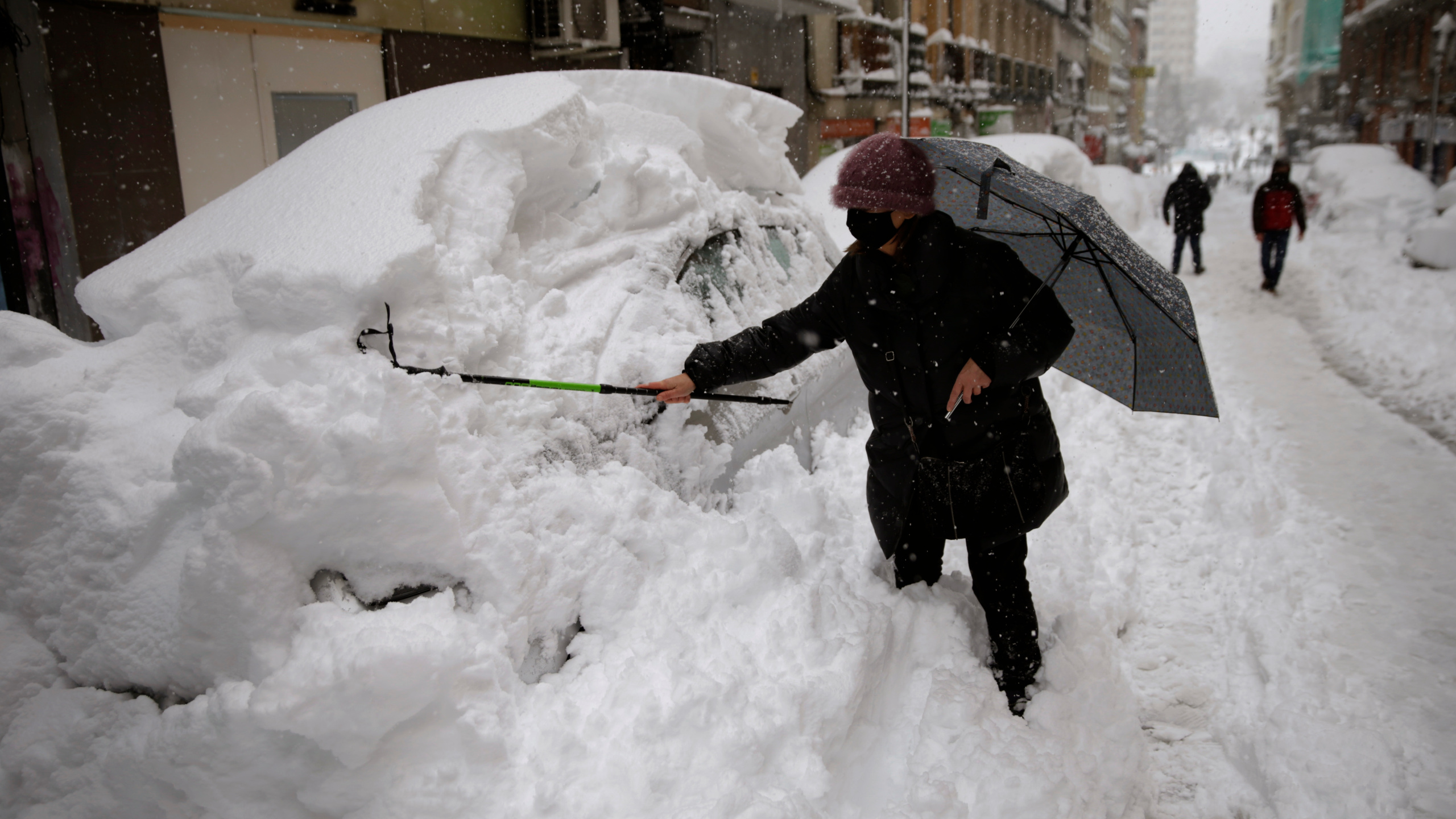 Winter storm Filomena has blanketed parts of Spain in heavy snow, with half of the country on red alert for more.

Road, rail and air travel has been disrupted and interior minister Fernando Grande-Marlaska said the country was facing "the most intense storm in the last 50 years".

Madrid, one of the worst affected areas, is set to see up to 20cm (eight inches) of snow in the next 24 hours. Further south the storm caused rivers to burst their banks.

Four deaths have been reported so far as a result of Filomena. Officials said two people had been found frozen to death - one in the town of Zarzalejo, north-west of Madrid, and the other in the eastern city of Calatayud. Two people travelling in a car were swept away by floods near the southern city of Malaga. 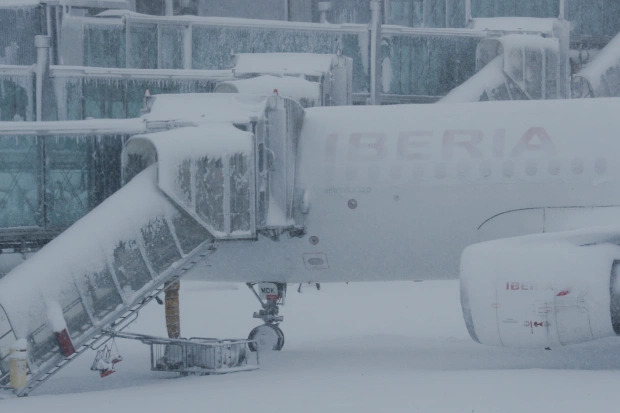 As snow fell on Madrid on Friday evening, a number of vehicles became stranded on a motorway near the capital.

The city's Barajas airport has closed, along with a number of roads, and all trains to and from Madrid have been cancelled.