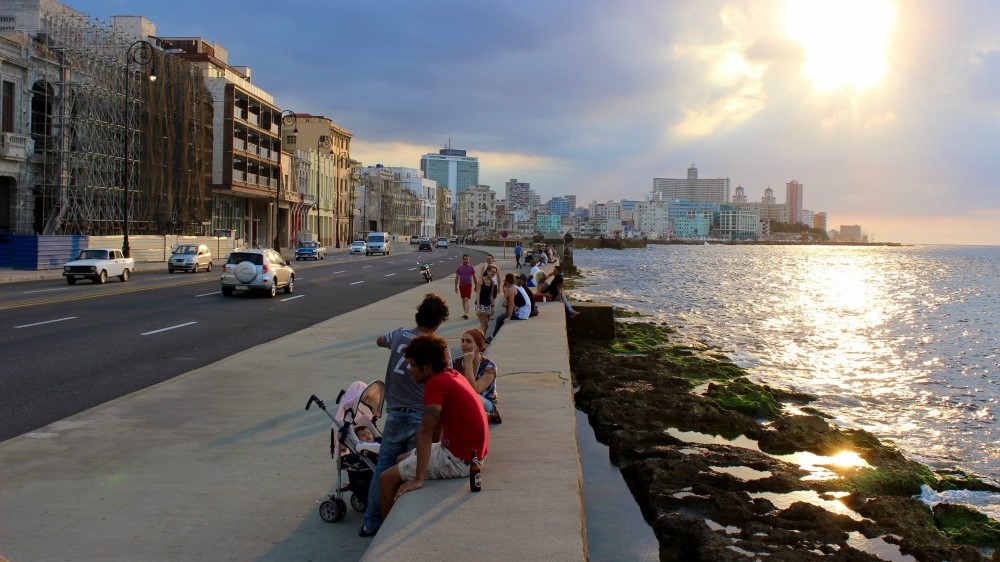 Original peoples, Black slaves, pirates, the French, British, Chinese, and Spanish, are only a few of the many who populated Havana in its early years. Christened by Diego Velázquez as the Villa de San Cristóbal, in 1519, the city became one of the most important in the so-called New World.

Now well into the 21st century, the Cuban capital has become a city where history and the present produce an aura of magical realism.

With Havana’s 500th anniversary just around the corner, November 16, 2019, the Provincial Administrative Council has made plans to contribute to the city’s social and economic development, to knowledge of its history, and increasing residents’ sense of ownership.

Among these, he emphasized efforts to improve sanitation services, streets, health care and educational centers, along with the expansion of recreational options for the population, and advancing internet connectivity and computerization of the city.

On the occasion of this anniversary, Góngora added, close to a thousand projects are underway within the city, including work on emblematic sites like the Capitolio, the central train station, the Ataré Fort, and other buildings, some of which will be reopened with recreational options.

In addition to these, projected is the renovation of 50 parks in several municipalities and the many fountains that dot the city. Twenty-six specific intersections are being repaired including the Esquina de Tejas, Puentes Grandes & 26, La Palma, and Infanta-San Lázaro, among the city’s iconic corners, along with improvements on 28 major arteries, as well as the entrance to La Habana.

Among the 39 projects in the portfolio of collaboration opportunities to address development, 10 involve individual countries like China, and multilateral organizations like the United Nations Development Programme (UNDP) and the European Union.

Góngora, explained that the number of efforts will continue to increase, given the many needs, but that some projects have already produced visible results, including renovations at the Metropolitano and Almendares Parks and the Jardines de la Tropical, important recreational sites for families and venues for a variety of cultural performances.

Other improvements include repairing the facades of patrimonial houses to maintain their historical image; work on environmental hygiene; recycling of rubble, and many others to support local development.

Among the initiatives being undertaken on the occasion of the city’s anniversary, a broad promotion-communications effort is underway, with the collaboration of several institutions. “La Habana, lo más grande,” (Havana, the greatest) is the campaign slogan selected to encourage the participation of all residents in efforts that will benefit the city long after the celebration.

“The intention and proposal for the 500th anniversary is to have a more beautiful, well-ordered, and clean city, with a more disciplined people. There is a very clear statement that the ‘500’ will continue after the celebration. There are programs and projects that evidently will not be ready by the time of this birthday, but work will continue to make Havana ‘the greatest,’ which is the reason we are doing this,” Góngora insisted.

Among the main challenges is making this the people’s anniversary, and ensuring their participation. Community involvement is evident in some projects. The presence of youth, Góngora said, has been fundamental, noting that university and high school students have joined revitalization efforts in parks and hospitals, for example.

During November, he said, special activities will be held to celebrate the city’s 499th anniversary, including some in the healthcare system, such as the inauguration of new operating rooms, wards, and laboratories. Other food services events include the opening of a new restaurant, the Yangtsé, a juice bar, and a mini ice cream factory at 51st & 48th Streets.

“To accomplish these objectives, a decision has been made to utilize (revenue from) the one percent provincial enterprise tax. In 2018, the figure should be around 187 million pesos, and next year, the estimate is around 400 million. In addition to this amount, budgets for sectors like health care, education, culture, and others are included in this plan,” the administrative vice president explained.

An important intention of planners is that residents feel the need to care for the city, that they become involved in the work underway on the occasion of the anniversary, and perceive that it will benefit the population.

Given this call for participation, many institutions, enterprises and individuals have been targeted, and one of these is Suchel Camacho S.A. which has created a new perfume, D’Habana, in honor of the anniversary.

The scent, explained Raidel Rodríguez Herrera, Suchel international sales representative, is a perfume for women with a pleasant fragrance, presented in a glass bottle with a cap featuring the Giraldilla statue, the city’s symbol, and sold in a box with pictures of the city and a message from City Historian Eusebio Leal Spengler inside. According to Rodríguez, the perfume will be on the market next year, and is included in the catalogue of Cuban products available for export, distributed at the 36th edition of the Havana International Trade Fair, FIHAV 2018.

Reinaldo García Zapata, president of Havana’s Provincial Assembly of People’s Power, told Granma International that involving the city’s population and all provincial bodies in the effort is key, adding that the work is taking many different directions and necessarily involves many people.

He explained that a carefully conceived work plan has been developed, to begin the long race. Notable participants include personnel and directors at many work places and ministries, which also contributes to increased attention to the population, a growing sense of belonging, and heightened identification with the city among residents.

“This program for the 500th anniversary will continue beyond the date. We want people to participate, and help care for and preserve everything being done, as well,” Góngora said.

“The 500th anniversary is a pretext that we have established for the people to continue working to achieve a more beautiful, well-ordered, and clean city, so that people learn to live for Havana and not from her,” García commented, for his part.