Magic Wands in Havana by the Hand of MagiCuba 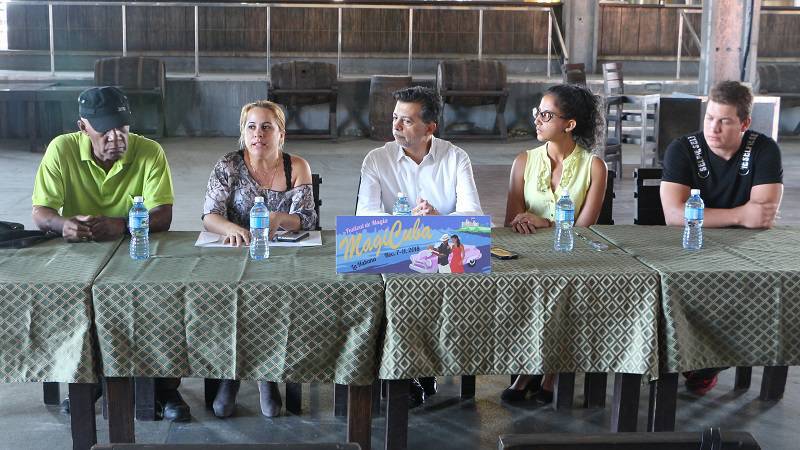 MagiCuba, the first international festival of magic ever to take place on the largest of Caribbean island, will unfold from November 7 to 11 in the city of Havana, the event’s organizers informed Friday during a press conference.

During the meeting with the press, held at the Old Wood and Tobacco Storehouse in Old Havana, Mrs. Lillitsy Hernández Oliva, vice president of Cuba’s National Council of the Performing Arts, explained that MagiCuba will consist of several presentations during the five-day festival, featuring over 40 foreign and national professionals scattered across several venues of the Cuban capital.

Salon Rojo at the NH Capri Hotel, Delirio Habanero, El Tablao and the Cultural Plaza of 31 and 2 will be some of the alternative venues.

She also said that there will be half a dozen presentations at the National Theater and a final show at the Trompoloco circus tent, run by the National Circus of Cuba, as well as street performances at various points in Havana, including the four main squares of Havana’s historic center.

For his part, Mr. John Rose, president and CEO of Rose Marketing, praised the opportunity to hold this cultural event, which he described as a happy coincidence amid the celebrations for the 500th anniversary of Havana.

“MagiCuba is a very interesting event. Our purpose is to bring more magic to Cuba and highlight the work of the magicians who work in Cuba,” explained Mr. Rose, who added that for the selection process of the Cuban professionals who will participate in the festival, several videos of their presentations on the island were viewed.

"It's the human effect of the event what matters the most. What we want to do is show different types of magic in various places during the days of the festival. A stage will be built here in the Old Wood and Tobacco Storehouse; there will be street presentations in all the main squares of Old Havana and in in the same breath, there will be a conference only for magic professionals and fans to be held at the National Hotel, dealing with technical issues, "Mr. Rose continued in his speech.

It was also known that there will be a comedy magic show starred by Mac King, a well-known American magician, which will take place at the Sala Covarrubias of the National Theater, as well as the MagiCuba All-Star Show in the same Havana venue on November 8, 9 and 10.

“It is interesting to see how magic has developed in Cuba despite the island’s isolation and despite having no contact with the outside world, specifically with magicians from other parts of the globe. Cuba has very original and interesting magic, despite not having access to international magicians. It is very exciting for us to count on the performances of Cuban magicians,” the chief of Rose Marketing concluded.

In addition to Mac King, who is considered the best comedy magician in Las Vegas, world-class magicians and illusionists will perform for the Cuban public, such as Jorge Blass of Spain, Norbert Ferré of France, as well as Michael Goudeau, Tony Sosa and Mike Caveney, all from the United States, among other guests.

The cultural gala that will accompany the MagiCuba festival, which will include choreographies and presentations, will feature the artistic direction of Santiago Alfonso, winner of the 2006 National Dance Award and juror of “Bailando en Cuba”, a top-rated television show in Cuba.