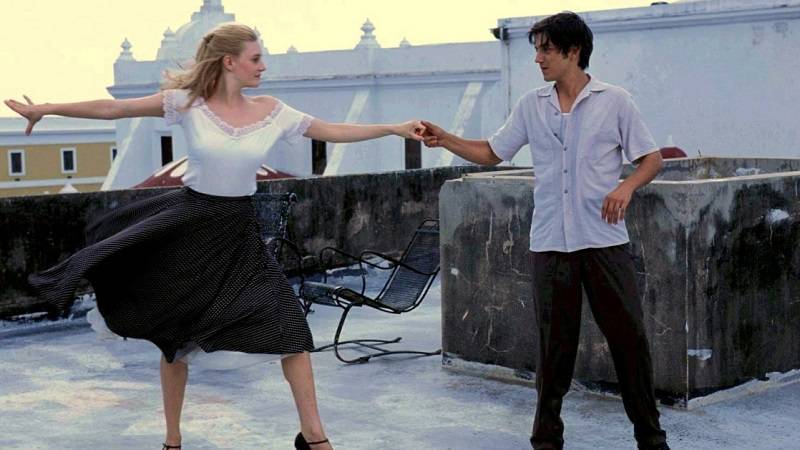 With marble muses and winged angels on the baroque facade, the grande dame of Havana’s colonial-era theatres dominates this part of the old town. Inside, Anna Pavlova and Sarah Bernhardt once trod the boards, and it was lavishly restored between 2013 and 2015.

The 1,000+ seat auditorium – beneath a half-ton chandelier – hosts dance and theatre events, and witnessed President Obama’s epic speech to Cubans in 2016.

Every Sunday at noon, a small alley in Centro Havana thunders into life with rumba, a rhythmic music and dance originating in the dockside homes of enslaved Africans in Matanzas and Havana.

Hamel Alley is full of murals and sculptures by Salvador González Escalona depicting rituals of African orishas (saints) of Santería: a Catholicism-fused-with-Yoruba religion.

Cobbled plazas, distressed walls and shaded courtyards are the stage for some of Cuba’s more curious dance performances.

Brooklyn meets Berlin in Havana’s cultural powerhouse, which was developed out of an old peanut oil factory and hitched to the edge of the city’s art district.

Opened in 2014, the Cuban Art Factory, brainchild of musician X Alfonso, exhibits avant-garde photography and murals, and has auditoriums, bars, a patio, a cigar corner and a restaurant.

It draws multi-generational crowds, travelers, and Cuban farándula (celebrities) to its movies, live music, dance and theatre – entertaining punters for just the £1.50 entry.

Since the venue opened, there has been flamenco from Lizt Alfonso Dance Cuba, tango, and a modern dance interpretation set to Ravel’s Bolero by a trio of Cuban troupes (Acosta Danza, Danza-Teatro Retazos, and DanzaAbierta), along with classes from Cuban professionals in capoeira, Afrobeat, and contemporary dance.

Havana’s sultriest salsa venue is a patio on the seafront between a roadside restaurant and the kooky Japanese Gardens. It’s Gaudí meets 18th-century shellcraft – with coral- and shell-encrusted caves – and a tiny Moorish mosque.

Arrive at weekends for spellbinding live bands, such as Habana d’Primera playing timba – salsa mixing in hip-hop, disco, nueva trova and jazz – under the stars. Drinks from a small bar help loosen feet. There’s no shortage of dancing partners, and for solo women the scene is less intense than in other haunts, such as La Gruta (Avenida 23, in the same district).