Caribbean Leaders Urged to Put Tourism on the Front Burner 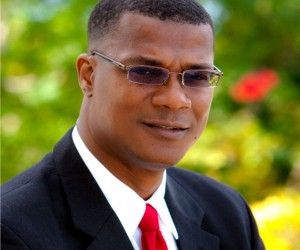 Dr. Rufus Ewing, Premier of the Turks and Caicos, has echoed a call by T&T’s Tourism Minister Stephen Cadiz for regional leaders to put tourism high on the agenda. Premier Dr. Ewing, speaking at the final press briefing on the last day of the 14th Annual Sustainable Tourism Conference (STC-14) at the Hyatt Regency, said “tourism has to be led in front by leaders.” He was agreeing with Cadiz who said support from leadership is critical.

“Tourism should be at the forefront of the Caricom agenda,” he said. Dr Ewing, who also holds the portfolio for tourism, said more leaders should be involved with conferences such as the Sustainable Tourism Conference. Expressing concern about intra-regional travel, Dr Ewing also pledged his support for the One Caribbean concept: “We need to find ways to ensure visitors can move around to get a true Caribbean experience.”

On the panel that addressed the press conference were the Cadiz, Chairman of the Caribbean Tourism Organization (CTO) and Tourism Commissioner of US Virgin Islands Beverly Nicholson-Doty, Hugh Riley, Secretary General of the CTO, and Permanent Secretary in the Ministry of Tourism, Juliana Johan-Boodram. Cadiz revealed that a National Sustainable Tourism Policy will be unveiled within the next month. He said once released there will be public consultations with relevant stakeholders.

“Every single thing we do we try to include stakeholders, in every aspect of tourism,” he said. He said the Sustainable Tourism Plan will form a major part of the new branding and marketing campaign to boost tourism, particularly in Trinidad. “Tobago already has an established tourism industry, it’s a hit and miss for Trinidad right now,” he said. Cadiz said the main focus of the marketing campaign would be to help Trinidadians understand what tourism is.

Riley said at the end of last year, tourist arrivals to the region were up by 5.4 per cent. “We are welcoming more visitors than ever before in our history,” he said, noting that the majority of arrivals still come from traditional markets such as the United States. Hey revealed, however, that arrivals from the UK were down due in large part to the increased travel taxation measure of the Air Passenger Duty (APD).

“The APD tax has proven to be a thorn in our side,” he said. On the issue of intra-regional travel, Riley said there is no instant. He said the CTO comprises members from the English-speaking, Dutch, French and Spanish Caribbean and there are regulatory, safety and security and economic issues to examine. “We have broken the issue down to manageable chunks and approaching it in a logical way.”