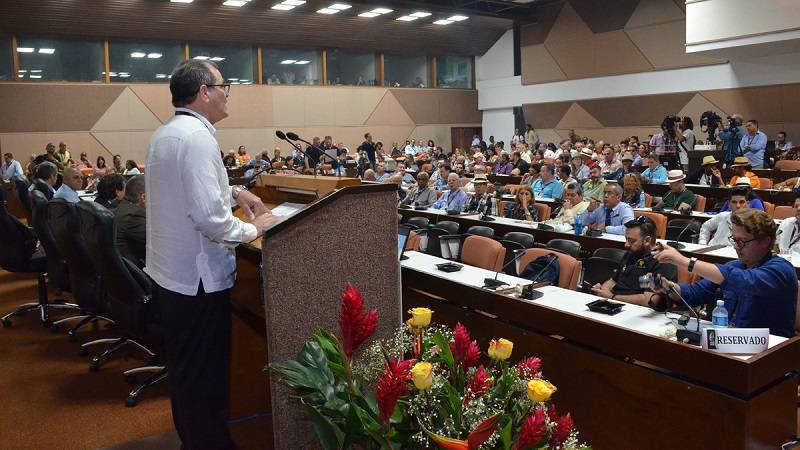 The closing session of the 21st Habano Festival was marked by the grand finale of the Habanos World Challenge and the wrap-up of the event’s seminar and tradeshow, right on the heels of the five-day gathering that unfolded at the International Conference Center in Havana.

The prizes to the best stands and booths, in their different categories, were handed over by Habanos S.A. copresidents Inocente Núñez Blanco and Luis Sánchez Harguindey Pardo de Vera, and Leopoldo Cintra Gónzalez, the company’s vice president Marketing, among other top execs.

Mr. Ernesto Gonzalez Rodriguez, chief of Operative Marketing with Habanos S.A., told the audience that the Festival’s expectations were met by a large margin with a record high of over 260 exhibitors from a dozen nations.