Havana Architecture: A Magical Blend of Past and Future 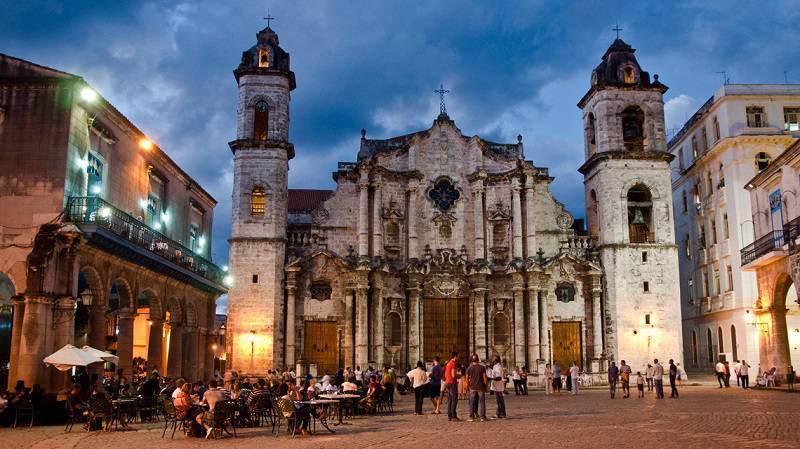 The glories of old Havana are renowned, UNESCO-listed and heavily protected by the fabulously-named Office of the City Historian – although in the wet season, when masonry routinely drops from unmaintained balconies, the restoration effort doesn’t always show.

But there’s plenty more in Cuba to see than elegantly-wasted colonial-era palaces. The 20th century is now being mined by architecturally-minded visitors, from art deco mansions to mid-century modern hotels and, more esoterically, Soviet-era mega bunkers that loom ominously over parts of Havana, like the 1985-vintage Russian Embassy in Miramar, by “People’s Architect” Aleksandr Rochegov.

Being a conservation-minded place, arguments rage in Cuba about the balance between conserving the past and allowing the island nation to modernize.

For us, meanwhile, it’s salutary to see a city where each successive architectural genre has been fossilized in time, from colonial to “brutalismo”, leading to a unique streetscape that Cuban architect Miguel Coyula has described as “the last virgin city”.

Take the Riviera hotel, a 1959 confection of retro-gangster chic – “Rat Pack Rococo” or “Mafia Moderne” if you will – in the easterly end of the Malecon, where you will eat from the same plates that once served Sammy Davis Jr, or swim from Club Nautico, a beach club from the early 1950s designed in the shape of shells and one of the most charismatic pieces of distressed concrete to be seen.

The serious completist can attempt to climb or brave the lifts of the 1967-vintage Edificio Giron and the 1956 Focsa building: still the tallest building in the country and encompassing an entire block with glowering intensity.

Neo-classical edifices include the Lopez Serrano apartment block in 1932, and the Hotel Nacional de Cuba where the mojitos are served with an edge of glorious disdain.

All this reminds the viewer, in a serious of stylistic echoes, that Havana was the future once – on several occasions.

But one of the most pleasurable of all Havana’s architectural sights is the most grass-rootsy: Fusterlandia, an enchanting Gaudiesque mosaic construction by artist Jose Fuster in east Havana, with all the magic realism you need after all that concrete futurism.